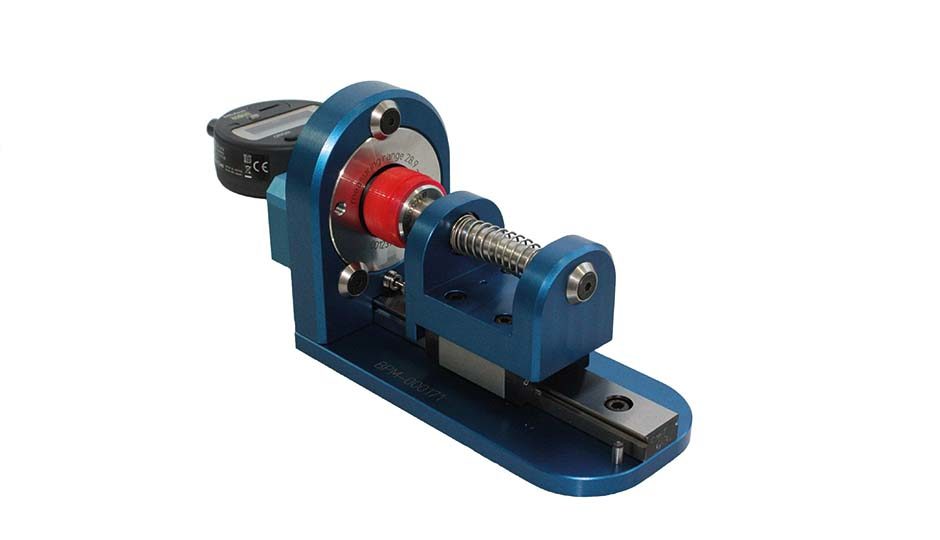 During the process of applying beverage closures to PET bottles, minor gradations can determine whether the closure will be grasped and placed on the bottle correctly in the filling line. At filling speeds of up to 100,000 bottles per hour, even slight variations at the closure can result in unacceptably high rejection rates. But since, as with any economically sensible manufacturing process, the production process for beverage closures relies on manufacturing tolerances, the challenge ultimately lies in differentiating between tolerable and intolerable variations. For this purpose, Corvaglia Mould AG has developed and launched what is known as a chuck penetration depth simulator.

Corvaglia analyzed the causes for high rejection rates in filling systems and determined that different combinations of a wide variety of critical characteristics (various dimensions, deformations, irregularities in the raw materials, colors, etc.) can result in an unacceptable application.

As the core element of the newly developed validation method, the chuck penetration depth simulator determines the position of the manufactured closures in a simulated chuck of a capping machine. If closures are positioned too deep in the simulated chuck, this could break the bridges of the tamper-evidence band. Closures that protrude too far out of the chuck can result in insufficient centring, which in turn results in cocked closures or prevents closures from being applied. Using the chuck penetration depth simulator, manufacturers can quickly differentiate between closures that can be correctly applied and closures that cannot – and they can already do so during production of the closures, and not, as previously, when the closures are being applied. Now, due to earlier testing, potential rejects amount to only a few individual closures, whereas before, finished, filled bottles had to be disposed of. The new tool from Corvaglia makes it possible to reduce costs and conserve resources.

Furthermore, the chuck penetration depth simulator can also be used for in-process control in order to not simply minimize rejection rates, but rather to ensure that rejection is prevented in advance.

In production line trials in filling systems that had unacceptably high rejection rates, Corvaglia has been able to prove that the use of the chuck penetration depth simulator resulted in a reduction of these rates to below 50 ppm (= 0.005%).

The Corvaglia Group is proud to contribute to the development of sustainable and efficient filling processes through the chuck penetration depth simulator. The tool is already in use today at Corvaglia’s manufacturing locations in Switzerland and Mexico, as well as at selected partner companies.

For further information, additional visual resources or to arrange an interview, please contact: